September stands for mild days and gentle leaf colours, in short: slowly getting into the mood for autumn. And fittingly, our plant of the month for September is the Japanese maple of the Bloodgood variety.

Few leaf coverings are so soft and filigree as that of the Japanese maple. With its delicately shifting leaves and its soft stature, it gives off a sense of peace and harmony. Also it’s extremely easy to maintain. It’s these qualities that make it very popular, and not only among Japanese garden fans. With our tips on how best to tend the plant, it won’t take too much effort to have your Bloodgood Acer palmatum lending your own garden a special atmosphere!

The Bloodgood Acer palmatum belongs to the shrub family and reaches a height of 3-4 metres. As regards soil properties, the Acer palmatum is relatively tolerant. It can grow just as well in sandy as it can in loamy soil—as long as you make sure that it’s reasonably loose and enriched with humus. pH values don’t worry it too much either, and it’s quite content growing in acidic through to neutral locations. And if it’s just slightly alkaline, then that’s okay too.

The only thing that the Japanese maple really doesn’t like is waterlogged soil. Faced with very compressed earth, its extremely fine roots suffer quickly from the lack of oxygen available and die off. Loosening the earth and setting up a drainage layer though, can easily remedy the problem.

If you manage to find a protected spot that’s sunny with semi-shade, you’ll have a lot of pleasure from this unique ornamental shrub. Between May and June, small, delicate umbels with cream-coloured petals peek through the dark to black-red leaves. Subsequently, the Japanese maple becomes adorned with the winged fruit that is typical for these plants, smaller and naturally red. And what happens to a red shrub in autumn? Simple—the colour changes. During the autumn months the Acer palmatum’s leaf covering takes on a light red hue. 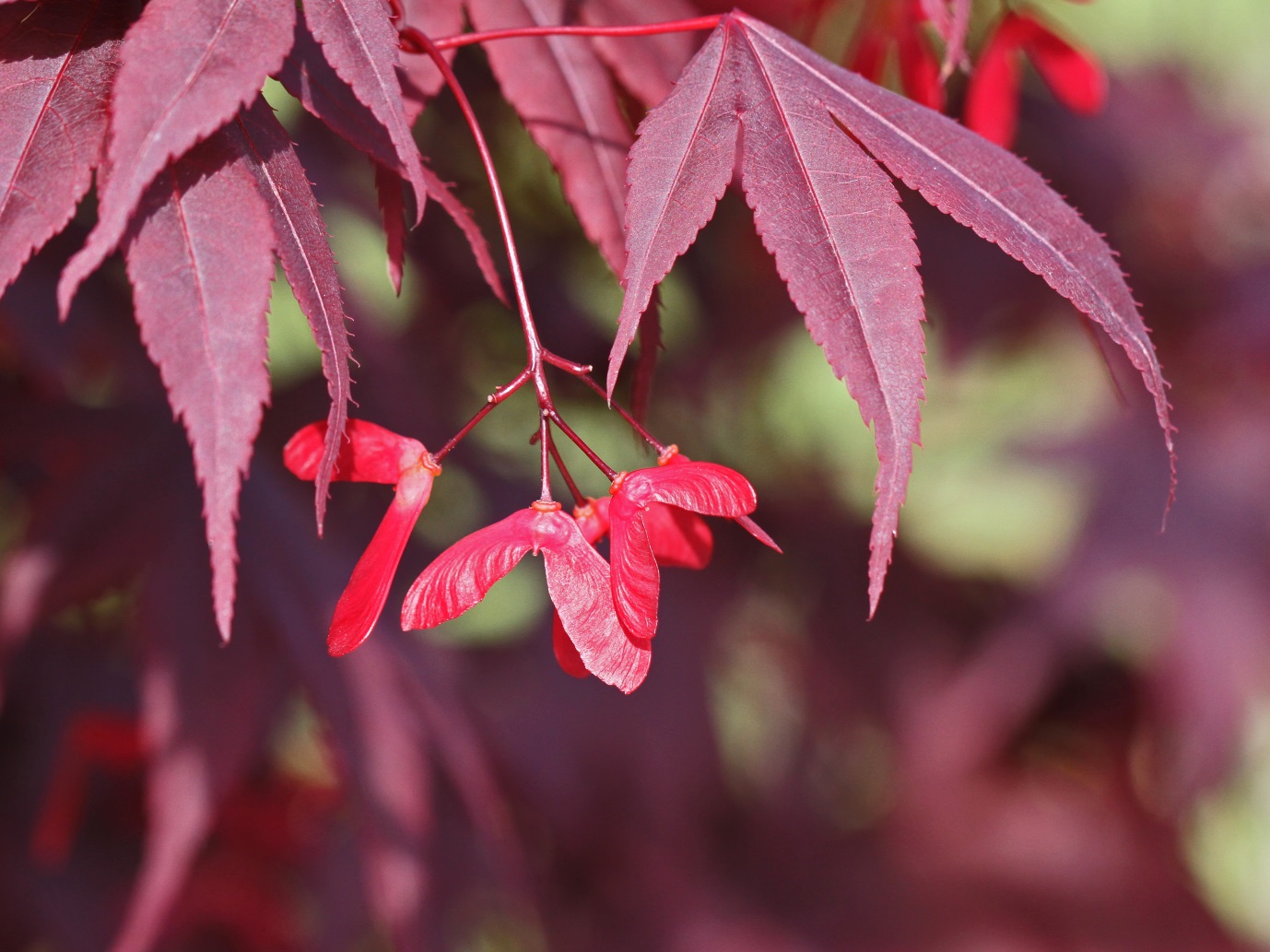 Our best tip on tending the plant: less is more

The Japanese maple doesn’t really take to being clipped, which is why it should be planted as a free-standing solitary plant. But if a shortening of the plant afterwards is necessary, then make sure to be aware of the following:

- The Japanese maple tends to lose a lot of its sap, which is why it shouldn’t be clipped before the autumn

- New roots grow out of the young wood, which is why, if you’re after a denser branching, you shouldn’t cut back all the way to the old wood (anyway the Acer palmatum generally has a smaller number of lush branches)

The Bloodgood Acer palmatum can generally stand the winter quite well. But if you’d like to be on the safe side of avoiding it being damaged by unexpectedly cold temperatures, make sure that the soil is covered with straw or similar. Should you keep your Acer in a plant pot, make sure to cover the pot or put it in a greenhouse through the winter. 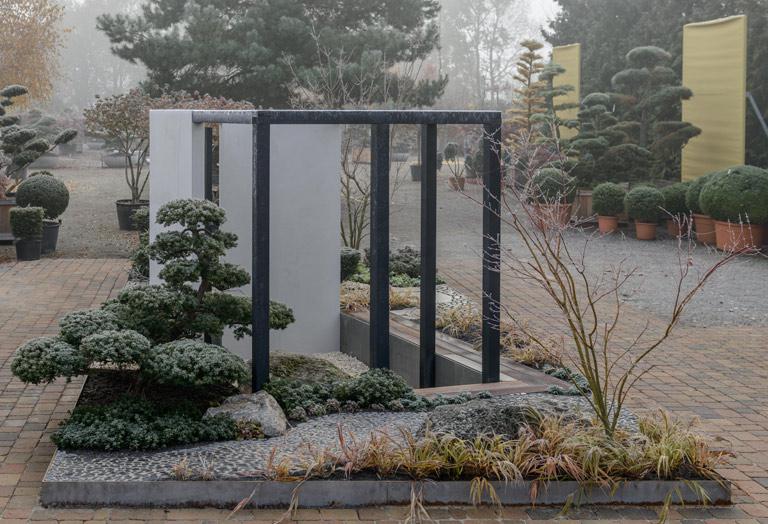 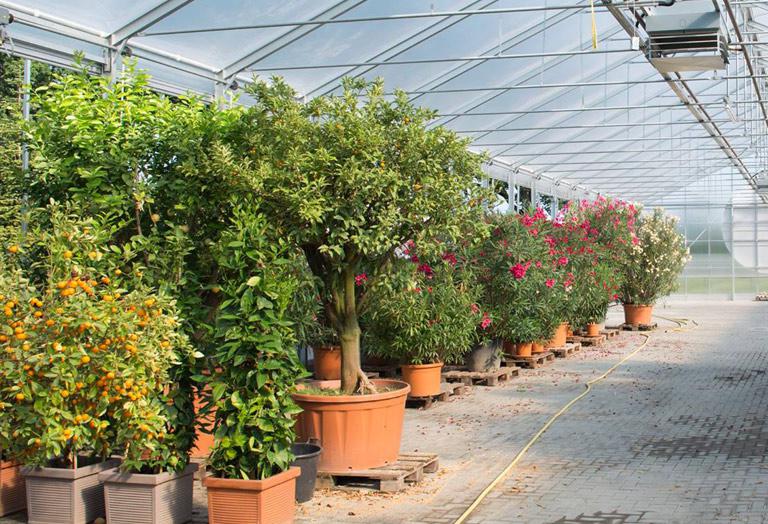 Professional wintering for you favourite plants...