There is an array of ornamental apple types, each possessing its own unique charm. In this article we’ll look at the ‚Evereste‘ variety, which we’ve picked out to be our plant of the month for May! The ‚Evereste‘ is a particularly beautiful, colourful and decorative plant that nourishes insects and birds with its flowers and ornamental fruits.

The Malus ‚Evereste‘ blooms lavishly, forming white, cupped and wonderfully fragrant flowers that shimmer and sparkle from the beginning of May until June. 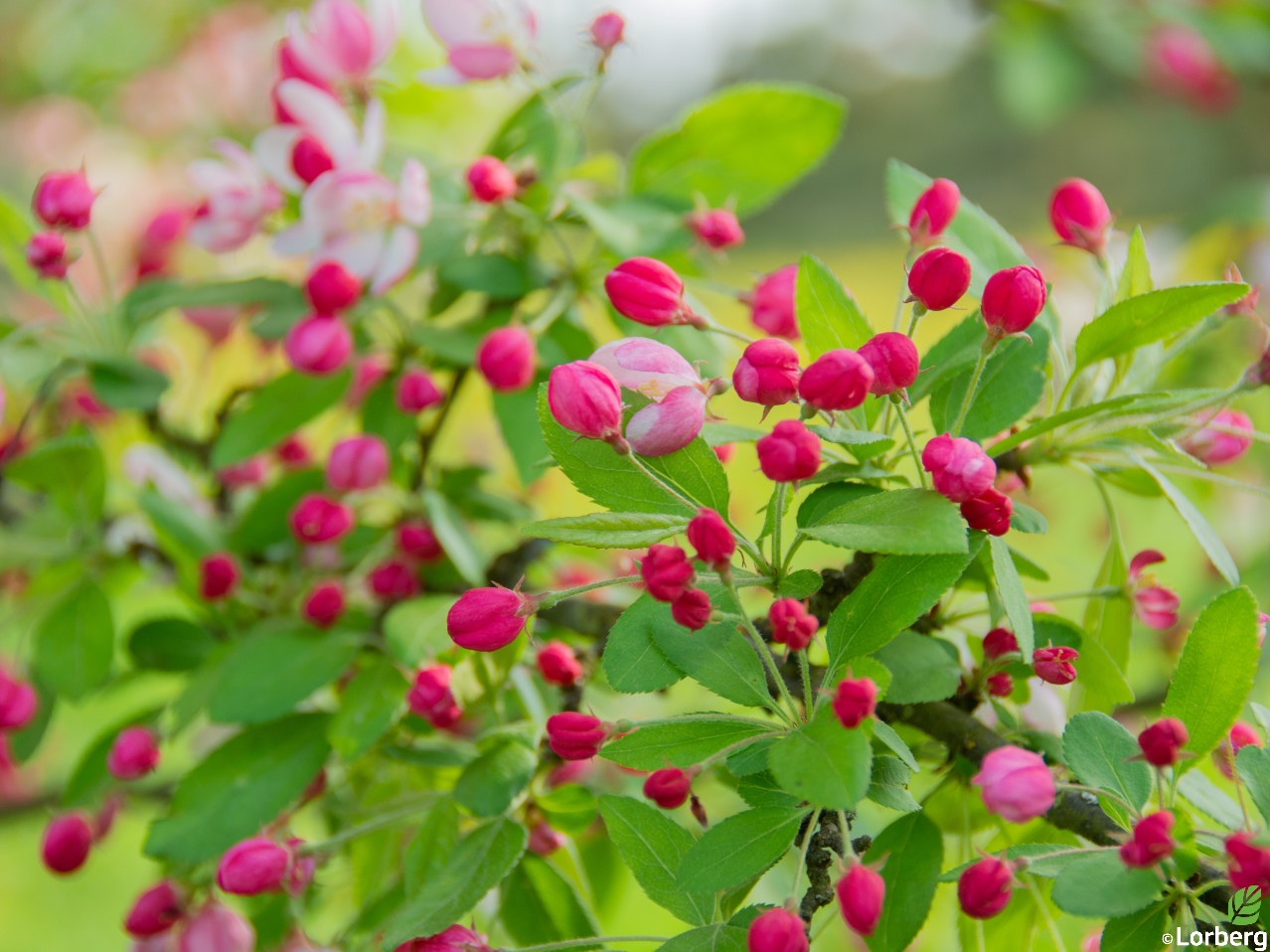 The blossom of the ornamental apple 'Evereste'

The buds are pink and the leaves an intense dark green, egg-shaped and serrated at the edge. In autumn they turn a deep yellow and usually remain on the trees until after the first frost. Through the same period bright red decorative fruits form, about 2,5 centimetres in size and firmly attached to the tree. 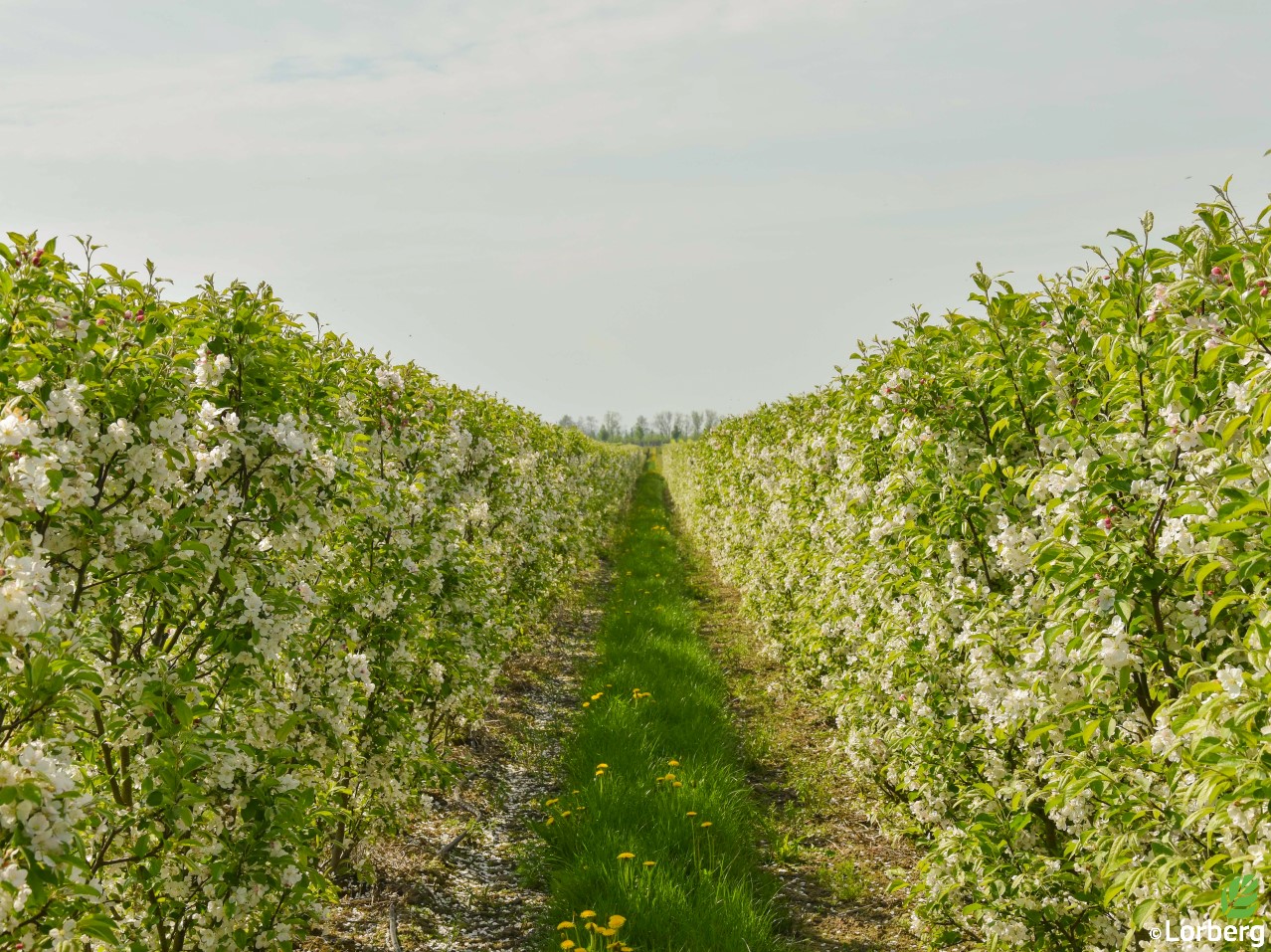 The ornamental apple tree ‚Evereste‘ grows around 40 - 70 centimetres per year, to a height of between four to six metres and a diameter of around three metres. Its branches stand initially wide and upright while later tending to hang down. The plant thrives as a strong shrub or small tree and can be used in various ways: as a solitaire, hedge or canopy. 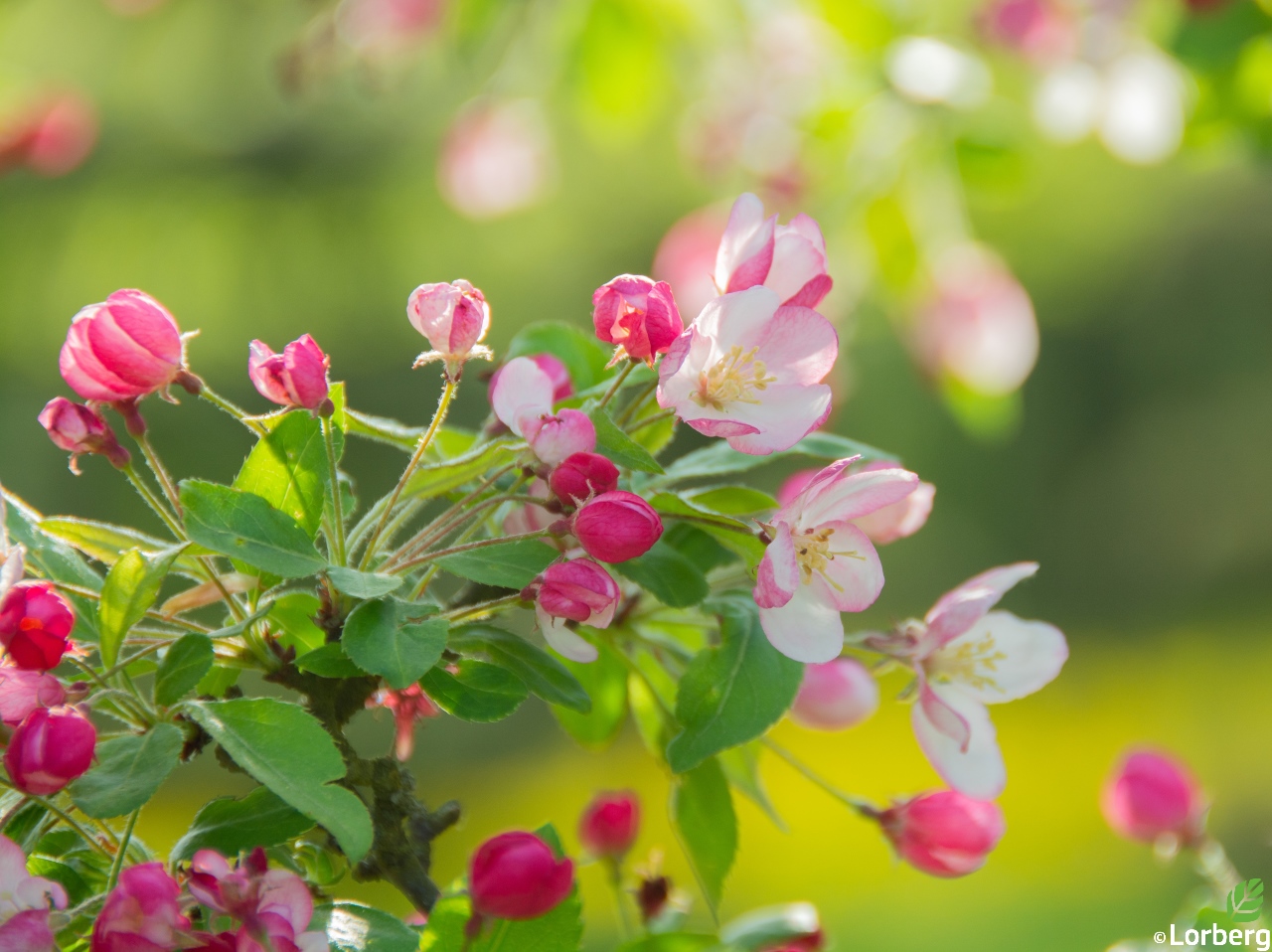 Uncomplicated in location and planting

There's not much to consider when choosing a location: The ‚Evereste‘ prefers sunny to semi-shady places. It doesn’t tolerate waterlogging, but doesn’t mind the winter frosts common in Germany.

The ornamental apple tree should be planted in spring or autumn. The hole for the root ball should ideally be around twice as large as the root ball itself. After planting make sure that the soil is well watered. If grown in a container, planting is possible all year round. 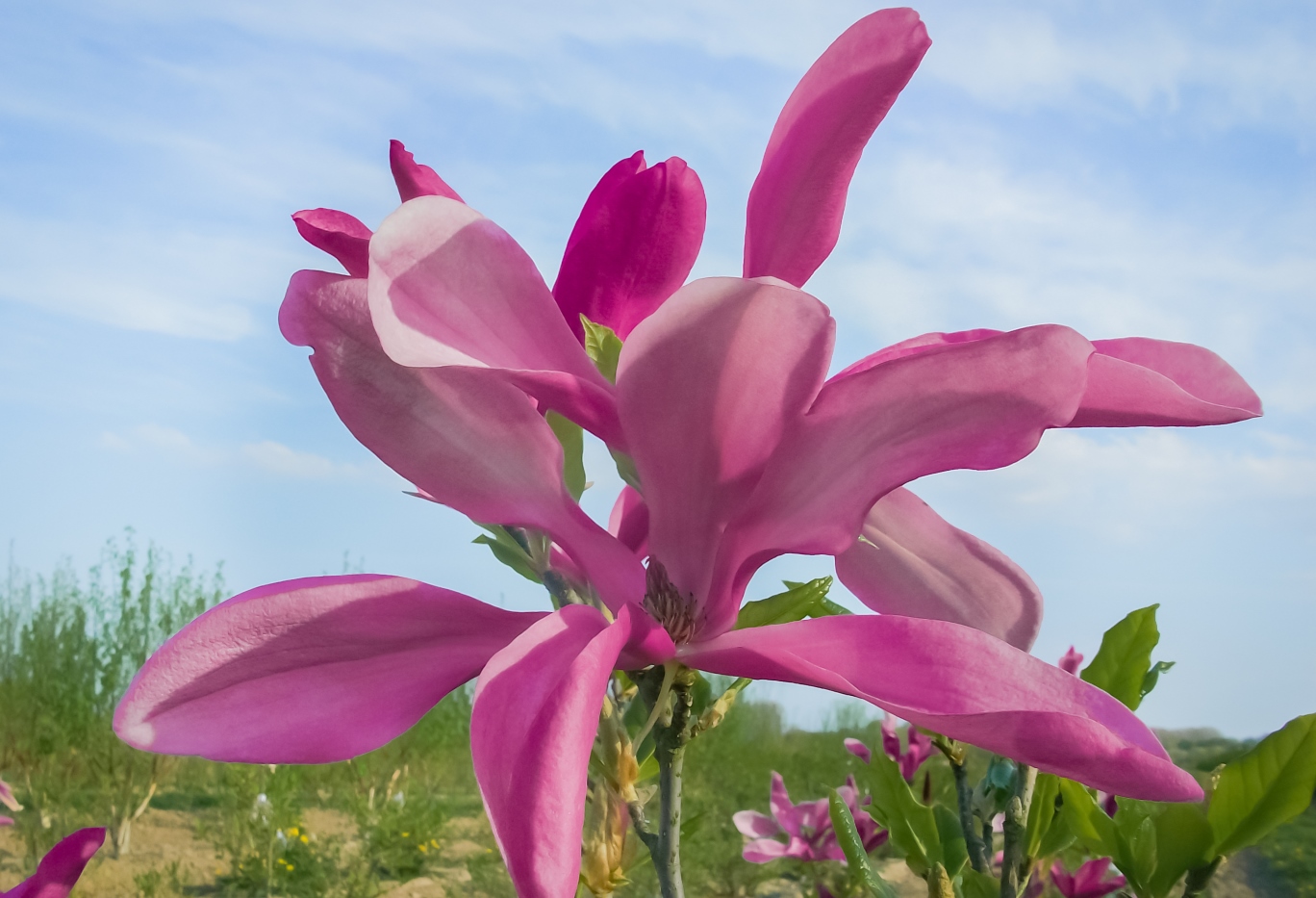 From April the purple magnolia "Susan" (Magnolia liliiflora "Susan") will be brightening up gardens and parks... 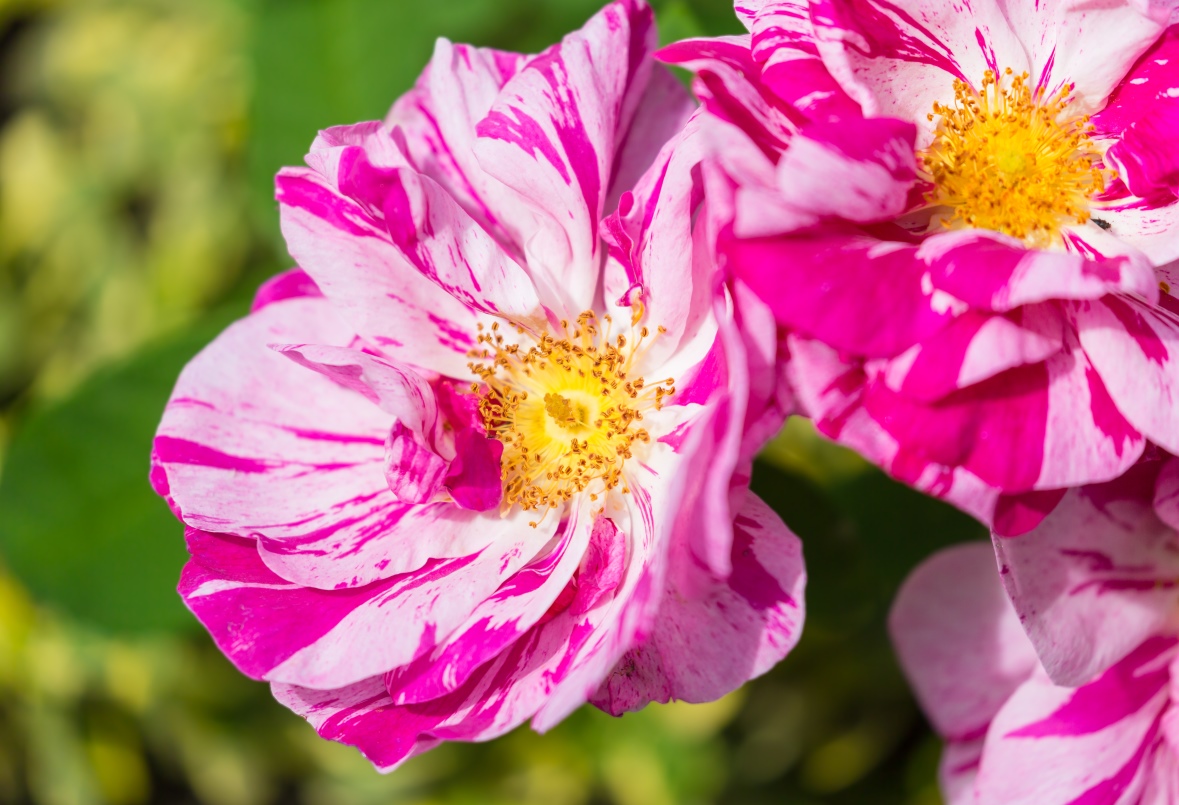 The rose is one of the world’s all-time favourite flowers, and it’s no different in Germany—with its wonderful fragrance, its arresting beauty and the huge array of colours and varieties, it’s little surprise that this......