At the beginning of spring, we see a different tree or shrub blossoming in our tree nursery with every new week. Faced with such a huge selection, it’s not so easy for us to come to a decision. This month we are being bold and choosing something colourful – we present the purple leaf plum (Prunus cerasifera 'Nigra').

The purple leaf plum is a large shrub that can reach impressive heights of up to 7 m. Initially, its branches grow upright to create a broad egg-shaped growth habit. However, when it matures, the crown tends to become rather more expansive and rounded, and you can reckon with a breadth of 4 to 5 m. As a rule, the purple leaf plum has a short trunk that quickly starts to branch out, which is why many specimens appear to be multi-stemmed. The bark of this variety of Prunus is a greyish black and, as the plant ages, it develops slight furrowing. 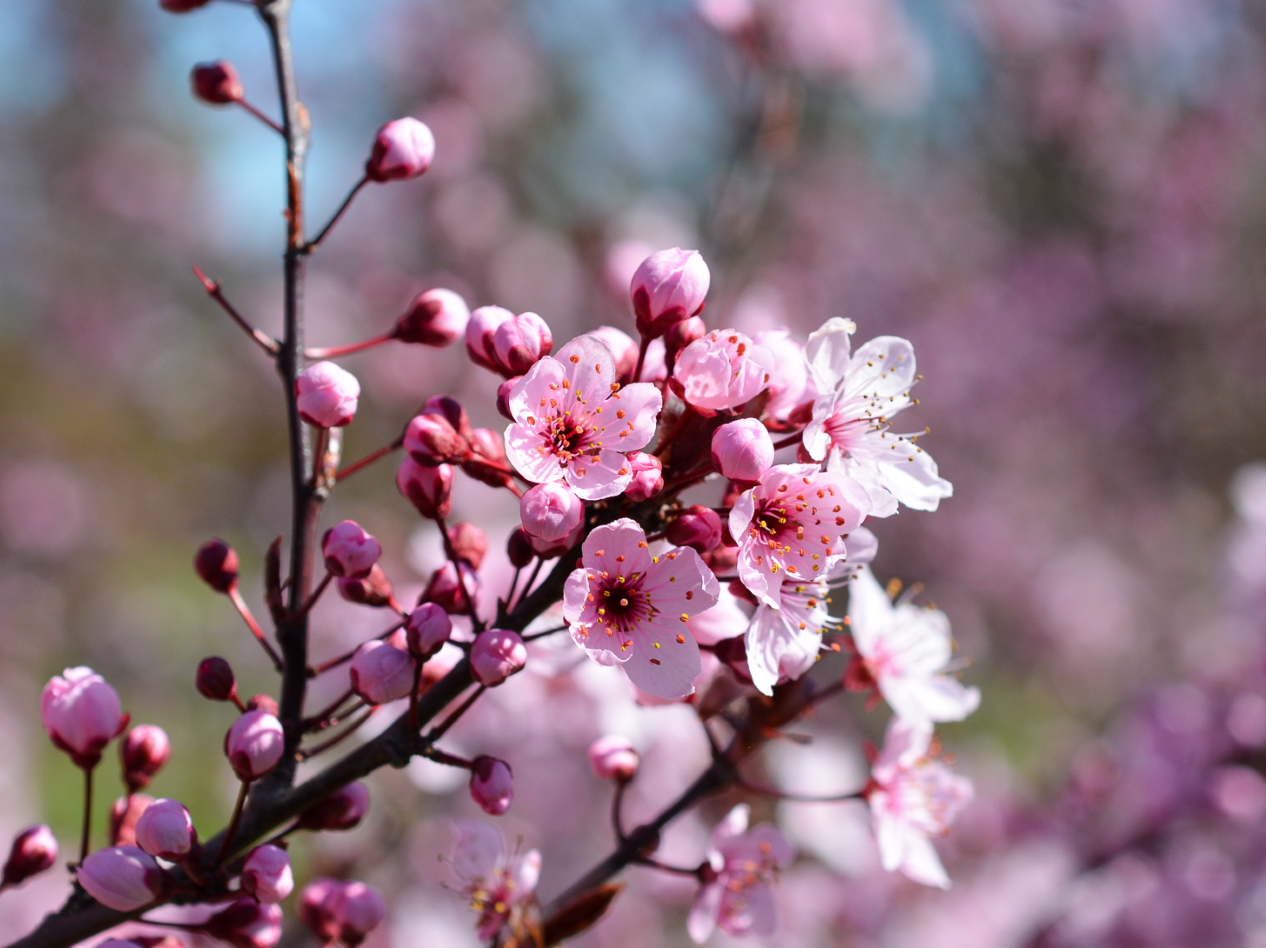 As well as its picturesque shape, one of the most captivating features of the purple leaf plum is its powerful and rich colouring. From mid-March into April, it is covered by a sea of delicate pink blossom that is highly attractive to bees and other insects. After blossoming, it then starts to produce leaves which have a brilliant burgundy colour. Shortly after this, the leaves change colour, turning an intense dark red or blackish red, and they keep this colour until they fall in the autumn. This wonderful play of colours can be shown off to good effect if you position the purple leaf plum next to green-leaved trees or shrubs, or plant it in front of a green hedge. From July onwards, Prunus ‘Nigra’ bears small, round, edible fruits which, unsurprisingly, are also a deep red colour. They are sweet and can be used in a wide variety of ways, just like normal plums.

The purple leaf plum looks particularly impressive when used to form a picturesque canopy or as a clear stem tree, especially when it stands alone. And yet it is also enjoying increasing popularity as a blossoming hedge plant and is often chosen by birds as a nesting place on account of its dense network of branches. Despite its ornamental appearance, the purple leaf plum is very easy to take care of. It prefers a clay soil, rich in lime and nutrients, but will also do well on any normal garden soil. What is important is to give it a sunny, warm location. Yet even in partial shade it will not lose its deep red leaf colouring. This very slow-growing tree doesn’t usually require pruning. To make sure that you don’t lose any blossoms, carry out any shaping work at the end of June. We cultivate the purple leaf plum in various forms, for example, as a clear stem, large shrub or as a topiary: umbrella shaped and half standard sphere. 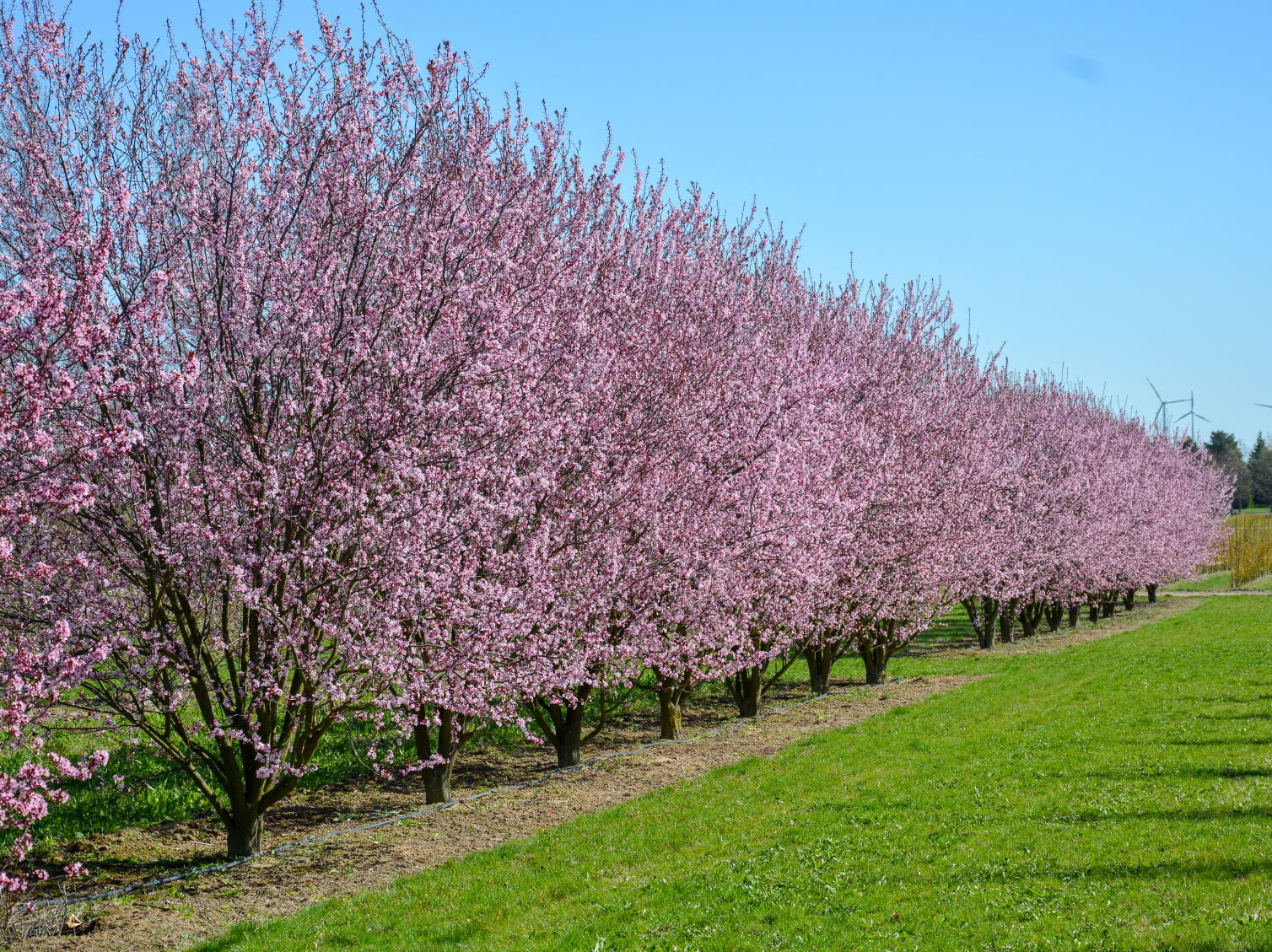 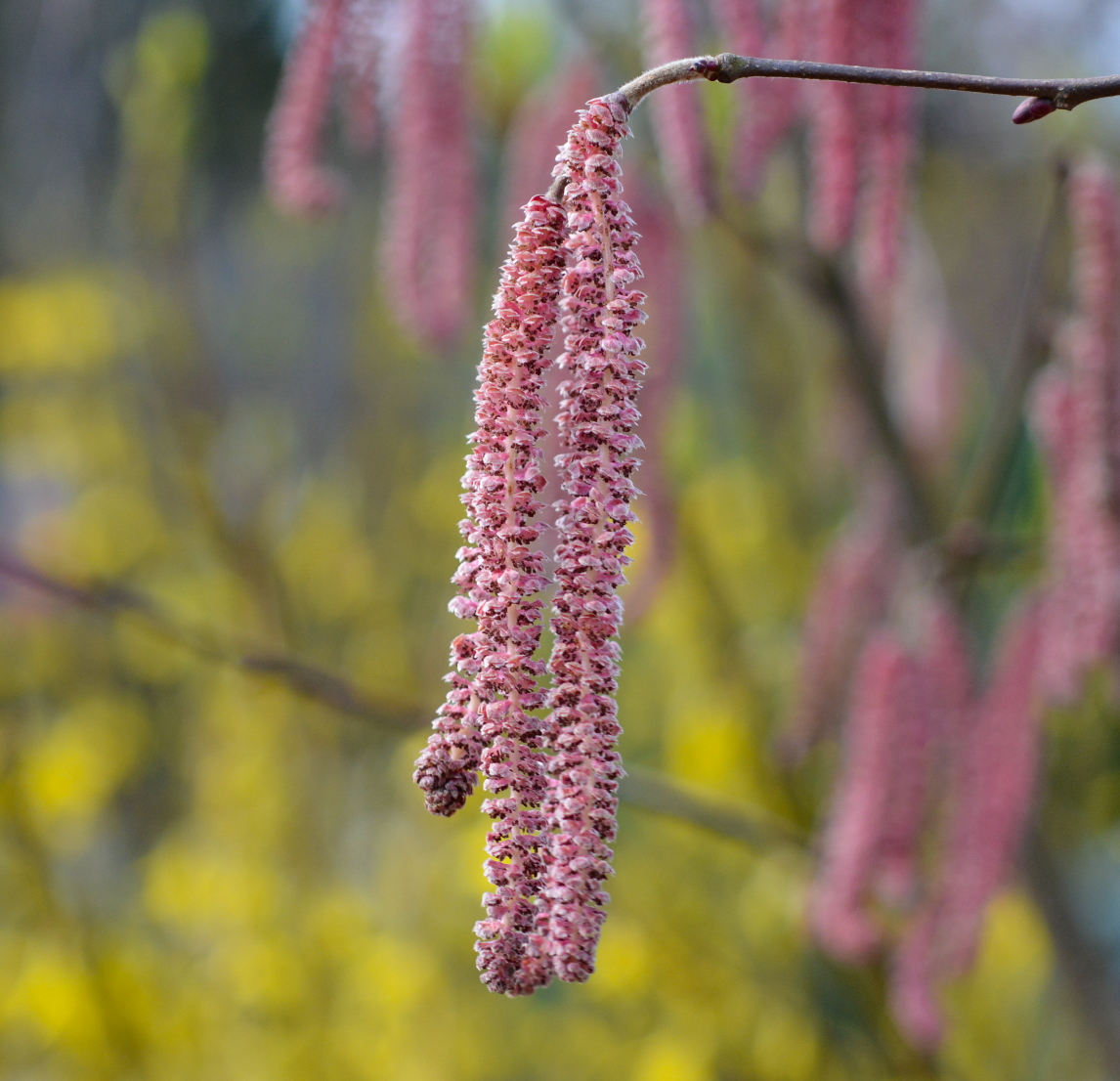 The purple hazel is an upright-growing shrub that can reach a maximum height of 3-4 m... 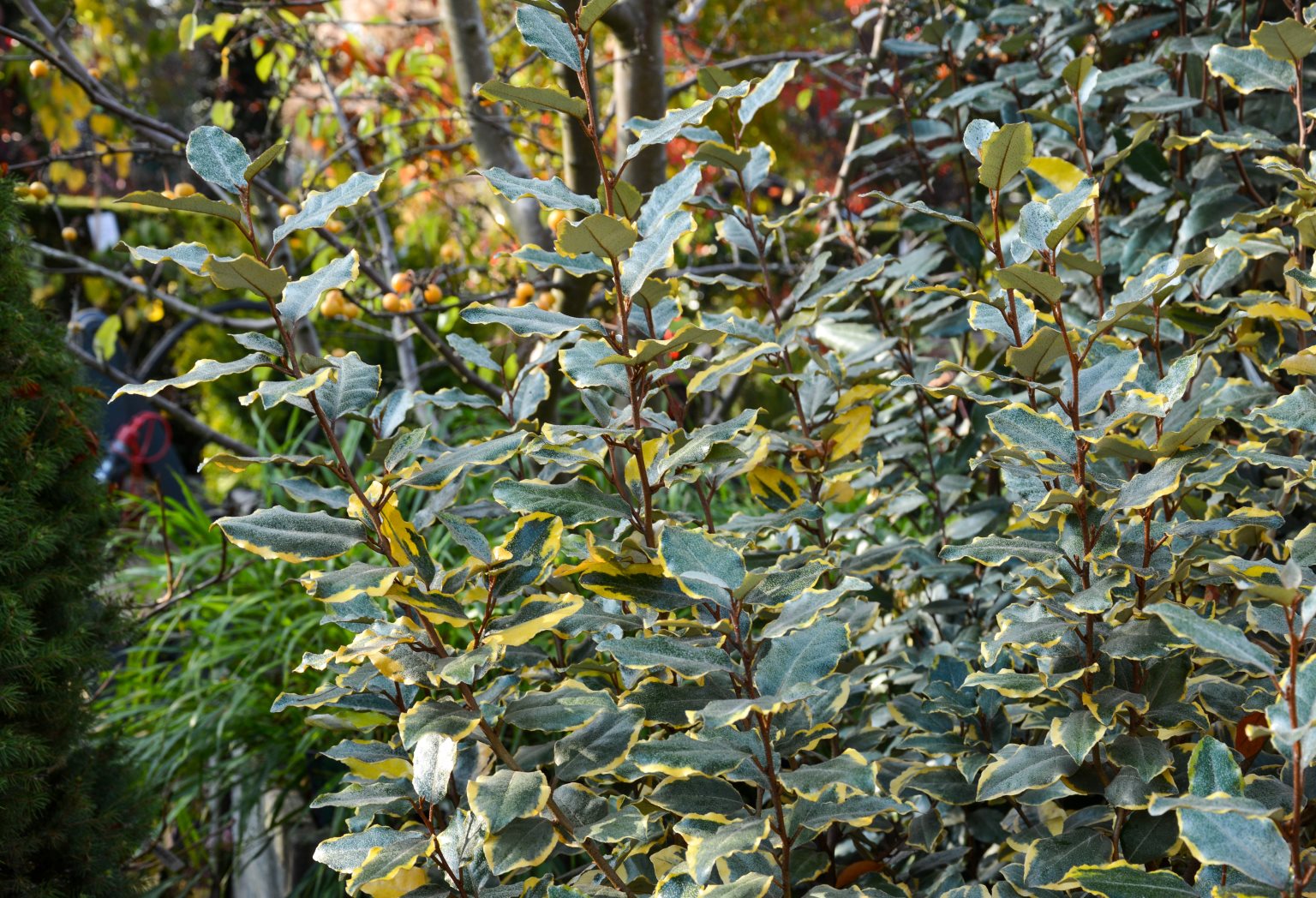 Oleaster ‘Vivileg’ makes a welcome change in the garden and it also provides an attractive source of nutrition for insects into the bargain....