Even if there’s still frost on the ground in most parts of Germany, March 1st is at least meteorologically the beginning of spring. Which as far as we’re concerned, is the best of reasons to present you with some of the most interesting plants for the upcoming season. These are the plants that show spring the way to do it—and bring you a whole lot of gardening pleasure.

One of nature’s early bloomers is the Witch hazel (Hamamelis intermedia). The leaves are a lush dark green and have a roundish, oval form. The plant comes in a number of varieties, most of which tend to blossom in a bright yellow from around the end of January or early February, and well into March. It’s a real eye-catcher in the cold part of the year. And in autumn, the leaves turn a rich orange.

The Witch hazel is very easy to care for, and prefers slightly acidic soils and a sunny to partially shady location. 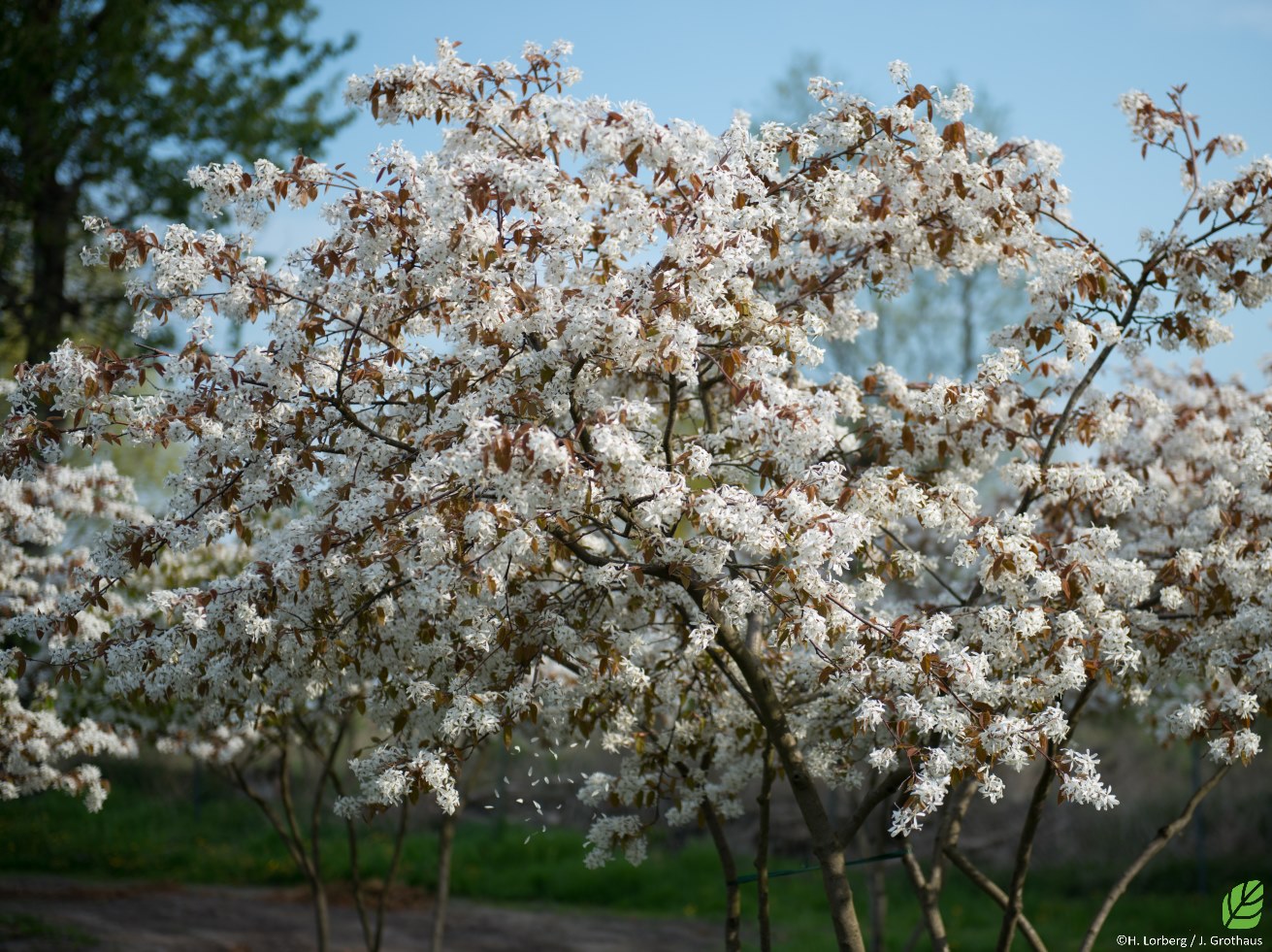 The juneberry belongs to the rose family and begins as a shrub, which as it gets older often turns into a multi-stemmed tree. Even without trimming, the shrub grows into an umbrella shape, up to four metres high and three metres wide.

From April onwards, the juneberry presents a bright white, fragrant blossom that acts as a magnet to insects. Its small dark fruits are ripe from August, edible and perfect for jams and liqueurs. In autumn, the leaves turn a shimmering red-orange.

The location should be between shady and partially shady, and the soil ideally acidic and fresh. 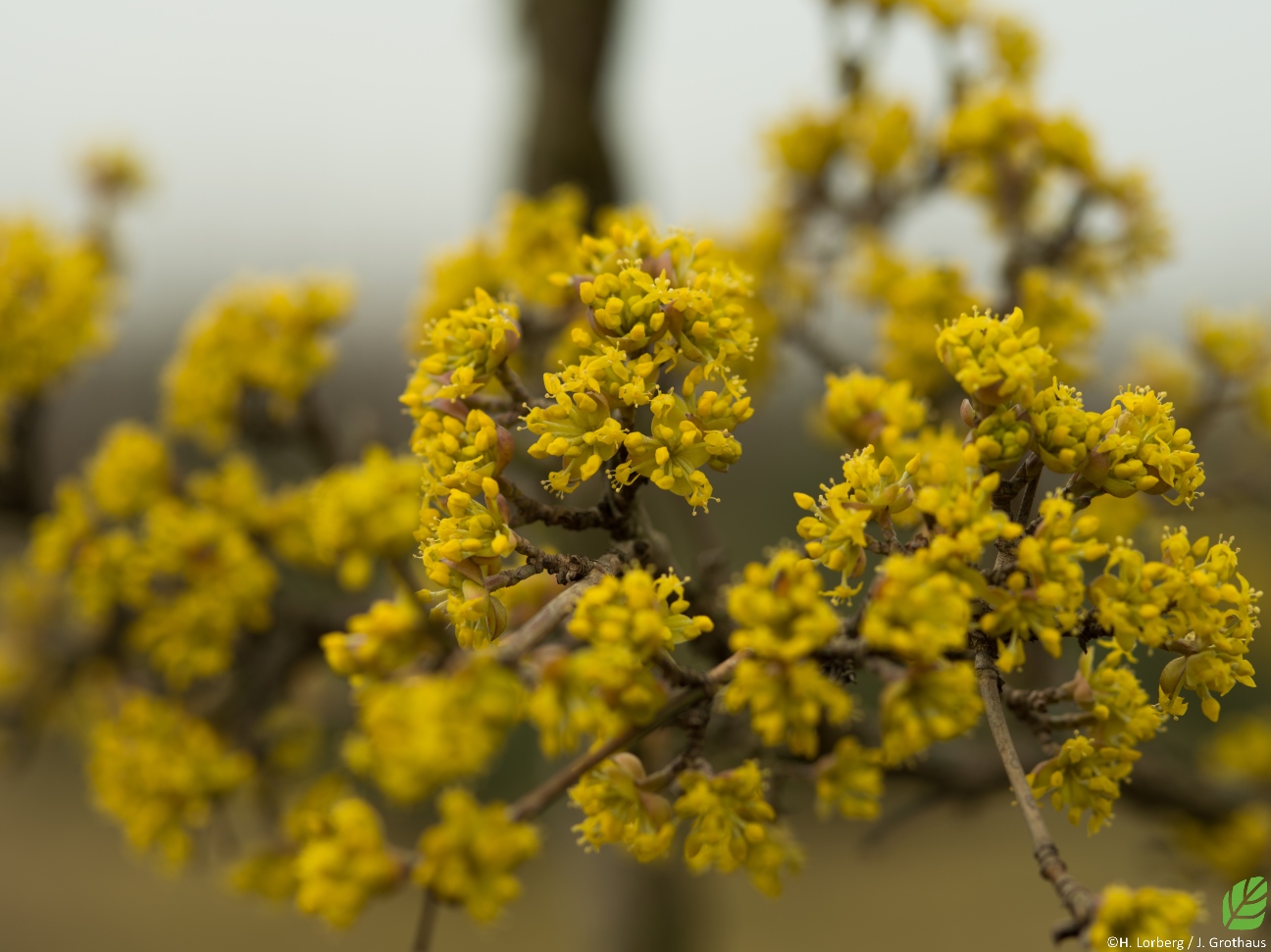 As a hedge or on its own: the Cornelian cherry (Cornus mas)

The Cornelian cherry (which despite its name doesn’t belong to the cherry tree family) has one of the hardest wood types. In fact it’s so hard that if you put it in water it’ll sink straight down!

The plant has extremely vivid blossom umbels from March through to April, and the leaves are ovate, pointed and often wavy. Its lush green turns bright yellow-orange in autumn. Because the shrub is extremely tolerant of pruning it’s often planted as a hedge, but can also be used as a solitary shrub or tree, and for this reason the plant is very popular in Germany.

The fruits of the Cornelian cherry can be eaten from August onwards and are excellent for jellies or liqueurs. 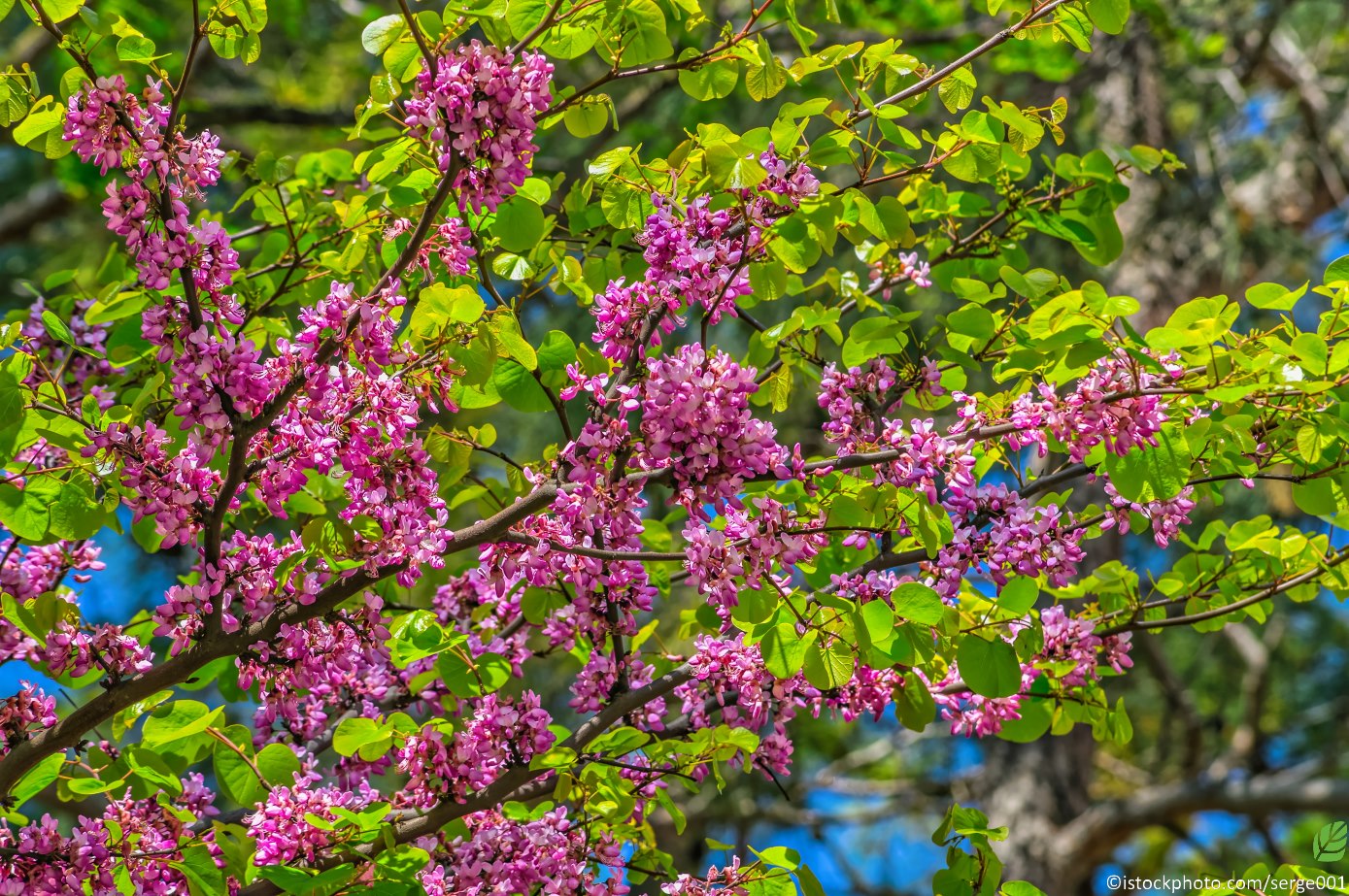 This plant grows up to six metres high and in old age becomes somewhat umbrella-shaped. And from April to May, its beautiful purple floral clusters make it an absolute eye-catcher! The sweet scent of the blossoms is a real pleasure for passers-by, and for this reason it’s often planted along paths. And of course it’s an absolute magnet for insects. The fresh green leaves turn red in the autumn.

The Judas tree likes to be wind-protected and in the sun. And make sure to protect them from the cold in the winter. 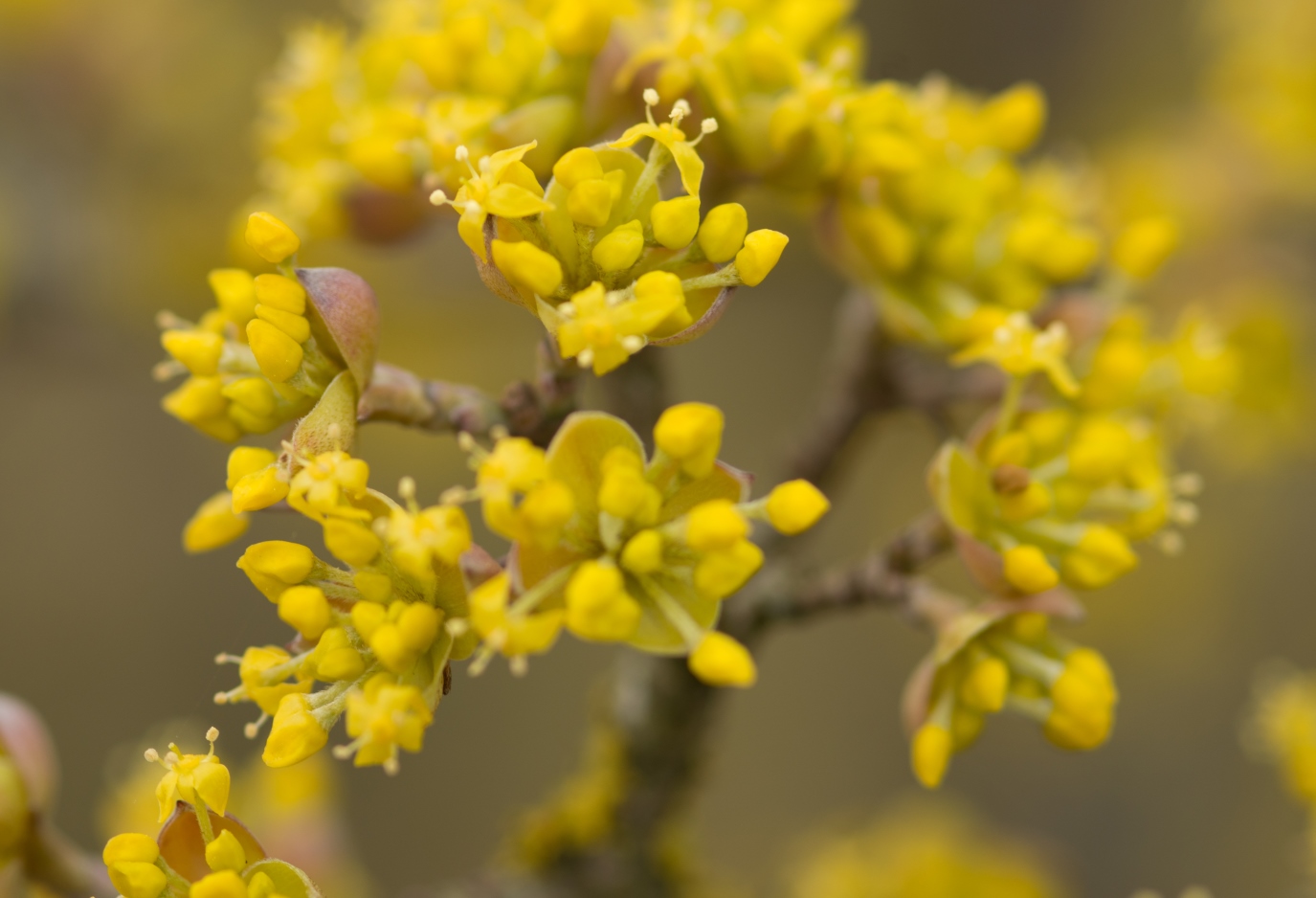 The Cornelian cherry heralds the spring and is very versatile.... 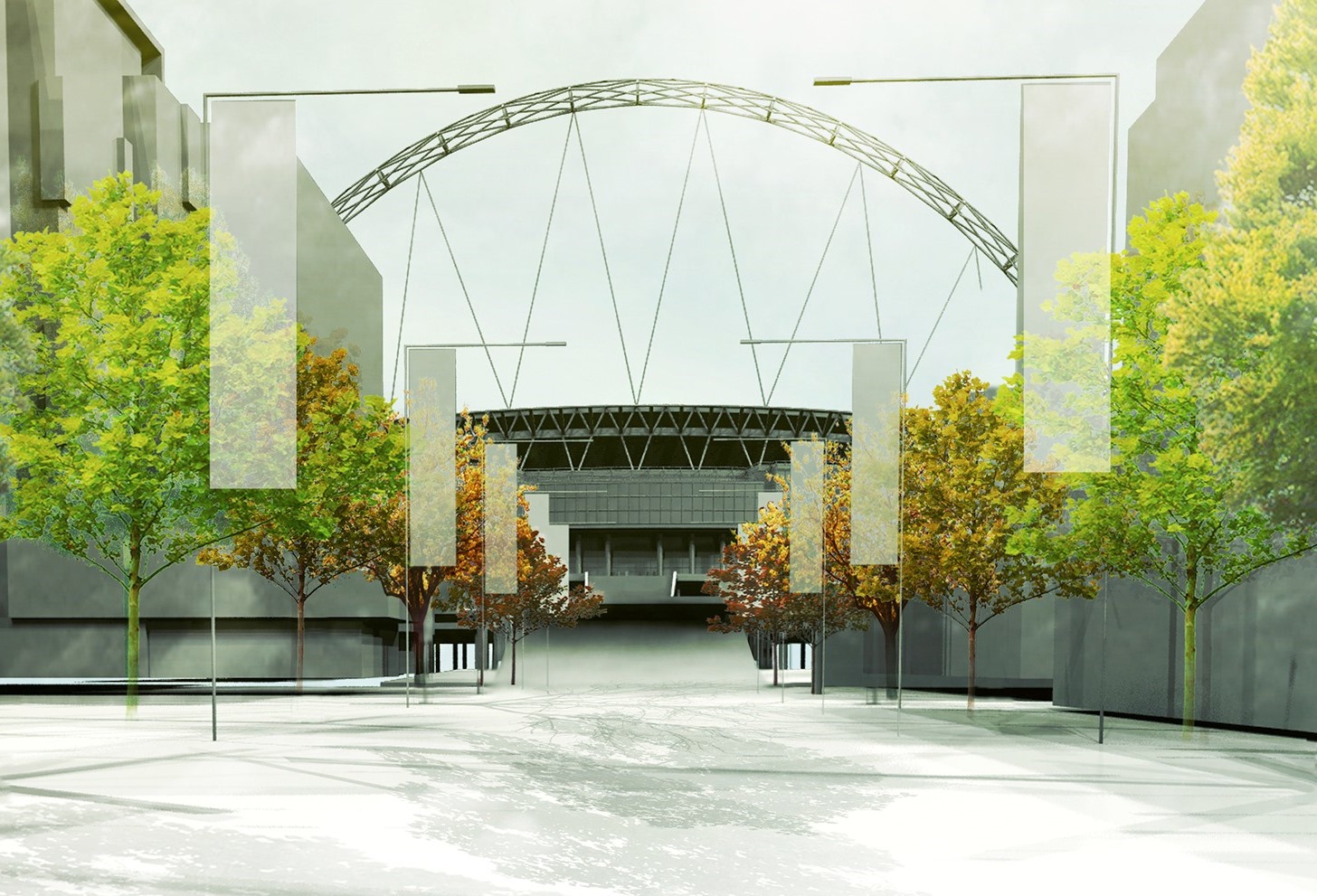 The "Olympic Way" or "Avenue of Champion Trees" leads directly from the underground station to the world-famous Wembley Stadium in London's Brent district....