The apple tree is one of our oldest cultivated plants, and apples are Germany’s favourite fruit. They provide over 30 vitamins, as well as additional trace elements and minerals – you’ve no doubt heard the old saying “An apple a day keeps the doctor away!”

So it’s no wonder that you’re just as likely to find apple trees planted in private gardens as in large orchards. And so that you can soon be enjoying your own perfect apple tree in your own garden, we’re going to share both an overview and some tips and tricks on such things as sorting, planting, pruning and harvesting.

There are certain sorts of apples – like Pinova and Rewena – that are long-standing favourites. Cultivated especially for the private garden, they’re exceptionally robust and resistant to disease and damage. Both types are guaranteed of a plentiful harvest in October, and these red apples can be enjoyed all the way through until March, as long as they’re correctly stored. 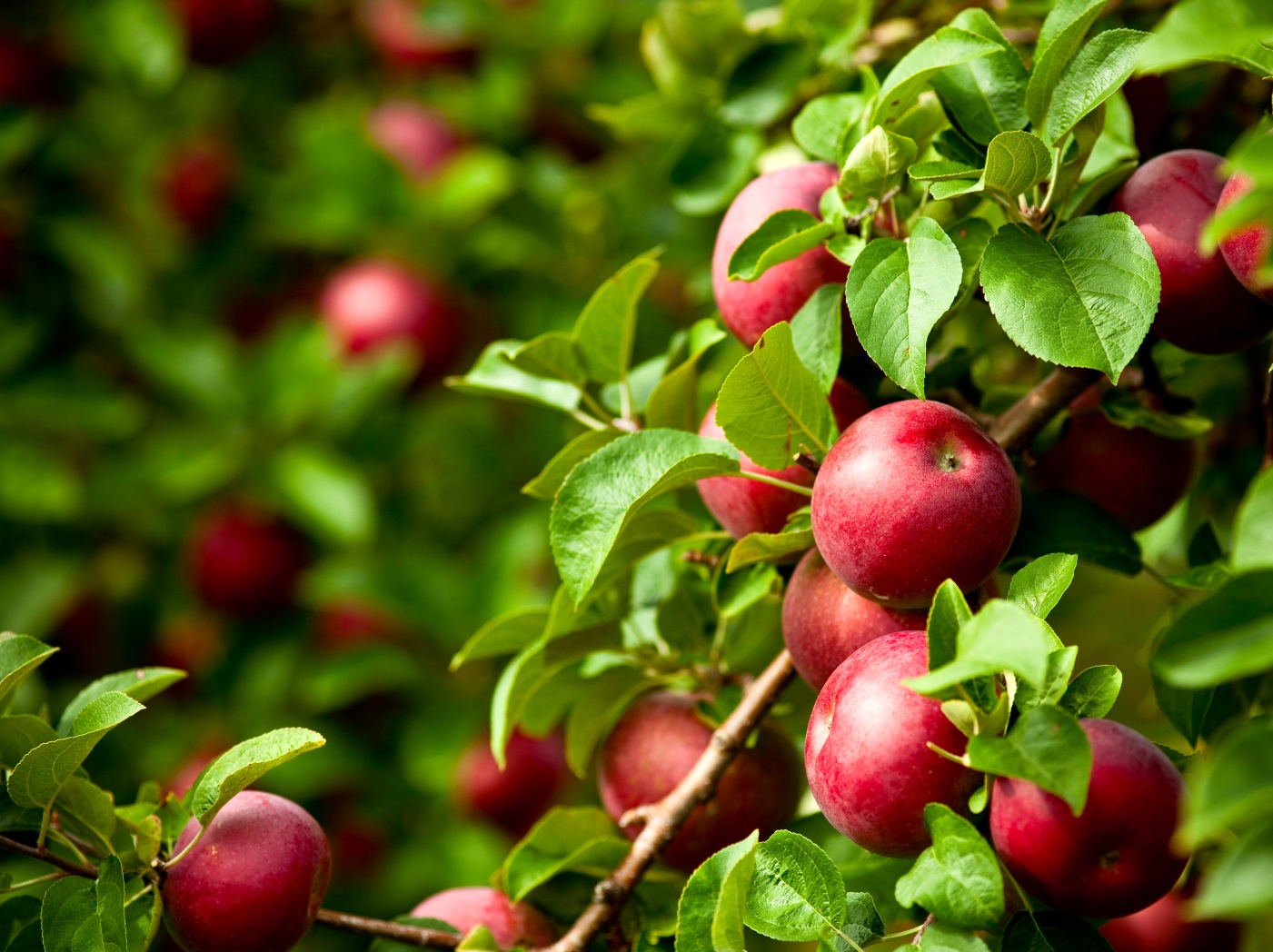 When it comes to taste there are certain differences, and both have their fans: the Pinova is sweet and juicy, while the Renewa possesses a bittersweet taste with a softer pulp.

For sufferers of allergies, there are varieties that are particularly gentle on the stomach

Despite their popularity of course, we mustn’t forget that apples are labeled as allergenic. And yet that’s perhaps a little unfair, since apple allergies are usually contained to certain apple varieties, including the classic supermarket types.

The “old sorts” however are generally much more acceptable for people suffering from allergies. They tend to contain a higher amount of Polyphenol which, it is claimed, neutralises the allergens. And let’s remember that if apples are cooked, then the allergens are anyway rendered harmless, which is why most people who suffer from apple allergies can still enjoy apple pureé and stewed apples.

All the different kinds: an overview

There are still a lot of older varieties which are extremely popular and well looked after.

The Christmas Apple is harvested in October, but the apple becomes fully aromatic only after being stored for a few months, so it’s at its best in December – hence the name. And because of its crimson red colour, in Germany it’s also known as the “Blutapfel” (Blood Apple).

This apple tree, which is also to be found in colder areas, is extremely fertile. Its flesh is very firm, it tastes somewhat bittersweet, and can be eaten until the beginning of June.

The Pineapple Russet provides for a regular, early harvest, from the middle of October until the beginning of November. The apples can be stored and enjoyed until February. The fruit is yellow, sweet and firm.

This especially robust and low-maintenance apple variety provides a large and regular bounty, and can be harvested from the middle of September. Its bittersweet scent is at its strongest in the middle of November, and the apple can be enjoyed until January. The apple is red-green and its flesh medium firm. 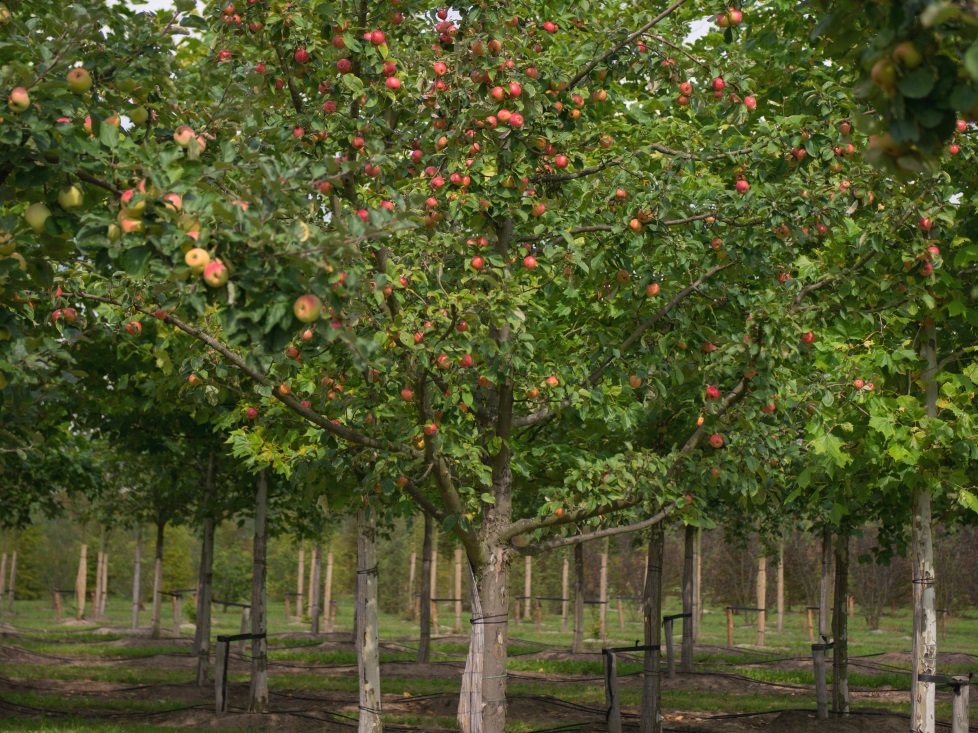 The ideal location and soil for apple trees

Apple trees generally tend to thrive on drier, porous, alkaline soil, as well as humus-rich garden soil. As to light, the apple tree is reasonably tolerant – while quite happy in the sunshine, it’ll also grow and be fertile without any problem in partial shade.

The growth of the tree can be guided quite easily through pruning, but the actual size of the tree is dependent on the tree itself. This (as well as its flat, long roots) is why one should avoid planting apple trees too close to buildings, terraces or walls.

The cut: pruning to encourage or discourage growth

Once the tree is planted, it’s time to think about pruning. For the first cut, you should choose a strong central shoot and remove competing, upright side shoots. In this way the main shoot retains more of the strength needed to grow. Afterwards, main shoots and side shoots should be trimmed as an additional aid to growth.

Other upright side shoots should be tied down almost horizontally, and fastened to the central shoot with soft binding material (such as coconut cord or tubular tape). Please note that the shoots may not be constricted during this process!

Young trees should receive a pruning in autumn to encourage growth, in which a spindle shape is created. This ensures that it receives the light and energy it needs to grow, and prepares the tree optimally for a rich harvest.

When pruning for growth, shoots are generally removed which:

● grow into the centre of the crown or push downwards

● are long and unbranched

● attempt to grow onto other branches

After the first five years, the trees are given so-called reduction cuts to make sure that they continue to be fruitful.

When pruning to discourage growth, branches which grow either into the crown or directly upwards are shortened or removed (so that the tree crown receives light). Older fruitwood on the younger side branches should be shortened, in case the branches are starting to hang down, or are too thickly branched – as well as when they are simply no longer providing fruit.

It’s important to remove fallen leaves and apples from the ground around the apple tree to avoid having mushrooms and vermin attack the tree. 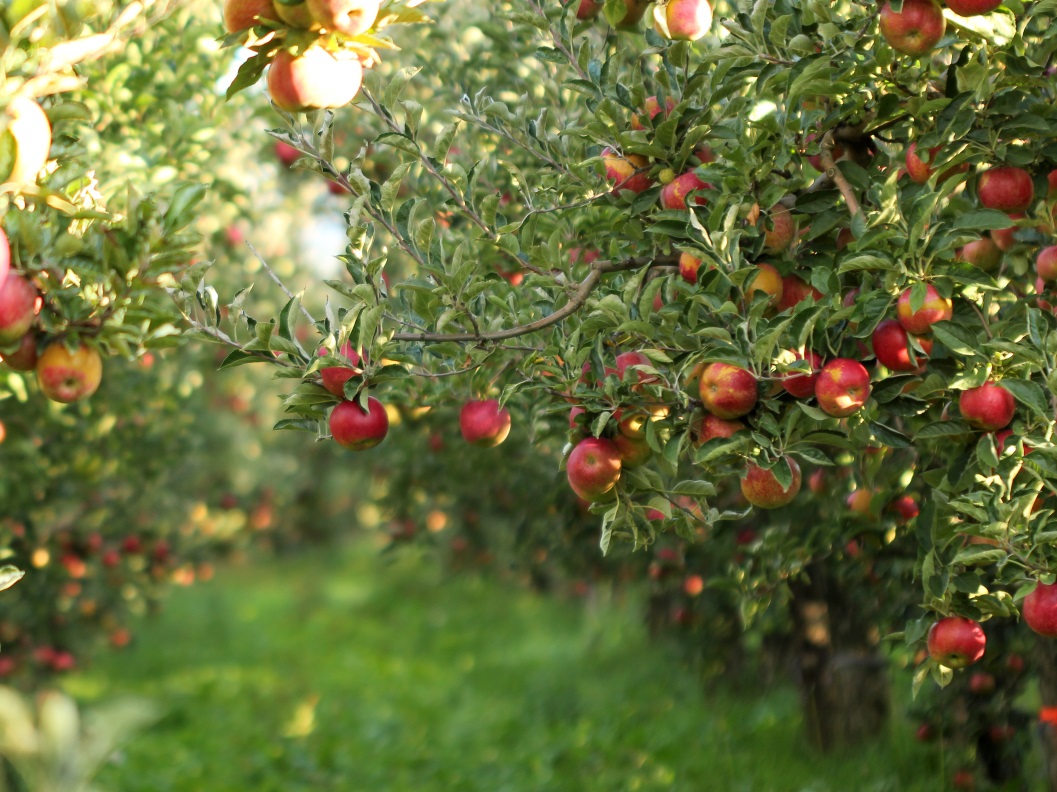 When should you pick the apples? The correct moment depends on the apple sort. If you’re not sure which type it is, you can try an old trick: Turn the apples upwards by 90°. If the stalk comes off immediately, the apple is ready to harvest. Even when the core is completely brown, the apple can still be picked.

Which apples to harvest first? Harvest the smaller apples which you’d like to store first and ideally choose a dry day to do this.

How does one best store apples? Apples are best stored in boxes, at a temperature around 2-6°C. It’s also a good idea to store them in a dark cellar, and high humidity is equally recommended. This can be achieved by leaving a few buckets or open containers of water standing in the room. Remember that you should avoid storing apples with vegetables as this will lead to them losing their aroma.

Anything else? We’d just like to wish you a lot of pleasure with your homegrown apples!

You can also find our gardening tips under the following link: www.gartentraeume.com 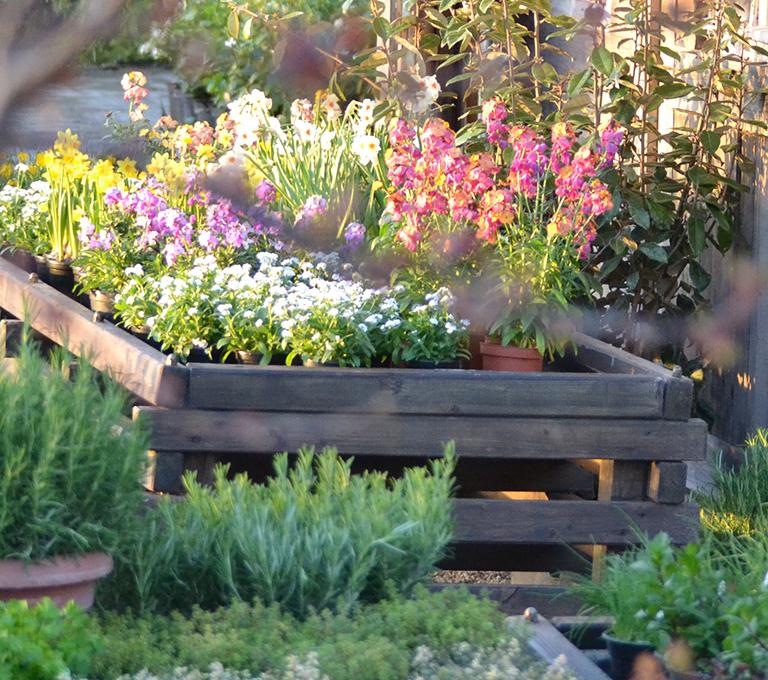 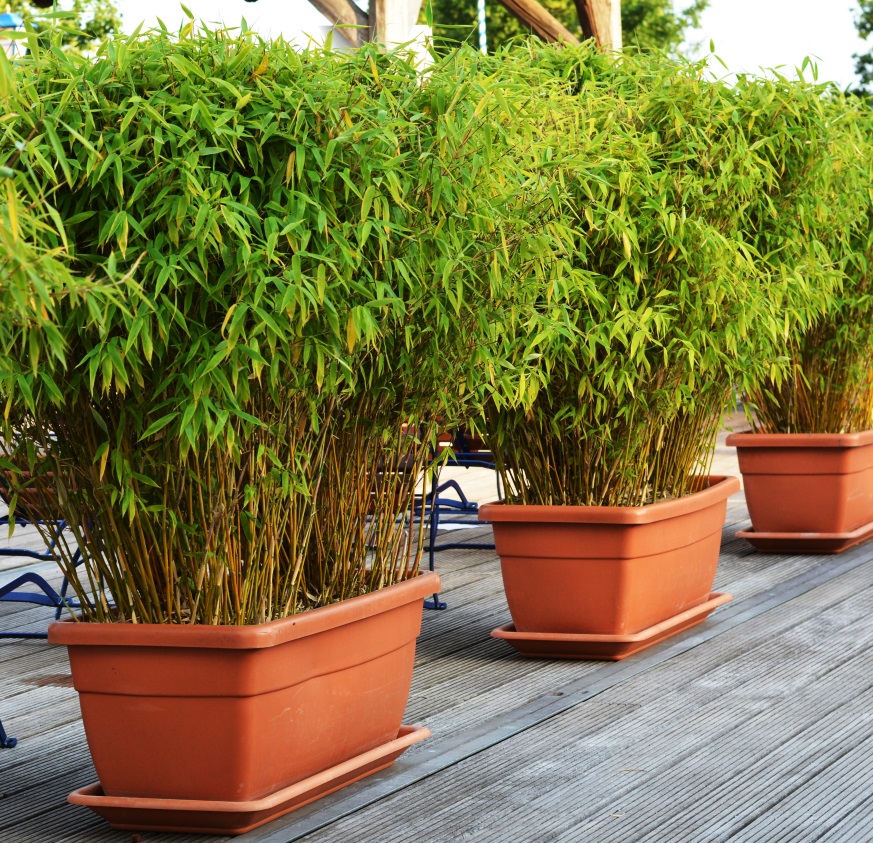